On January 16-19, the Pennsylvania State Constable from Ferguson Township will be attending an active shooter training at the Federal Law Enforcement Training Center in Cheltenham, MD.  Constable Nedd will be attending this training alongside about twenty-five other law enforcement officers from Washington DC’s Metropolitan Police Department, the US Capitol Police and other law enforcement agencies from the east coast.

The Active Shooter Threat Training Program is designed to teach and qualify law enforcement officers to successfully handle an active threat event.  It is an intensive training program that covers a variety of tactical subject matter including individual and team movement, and operational formation. 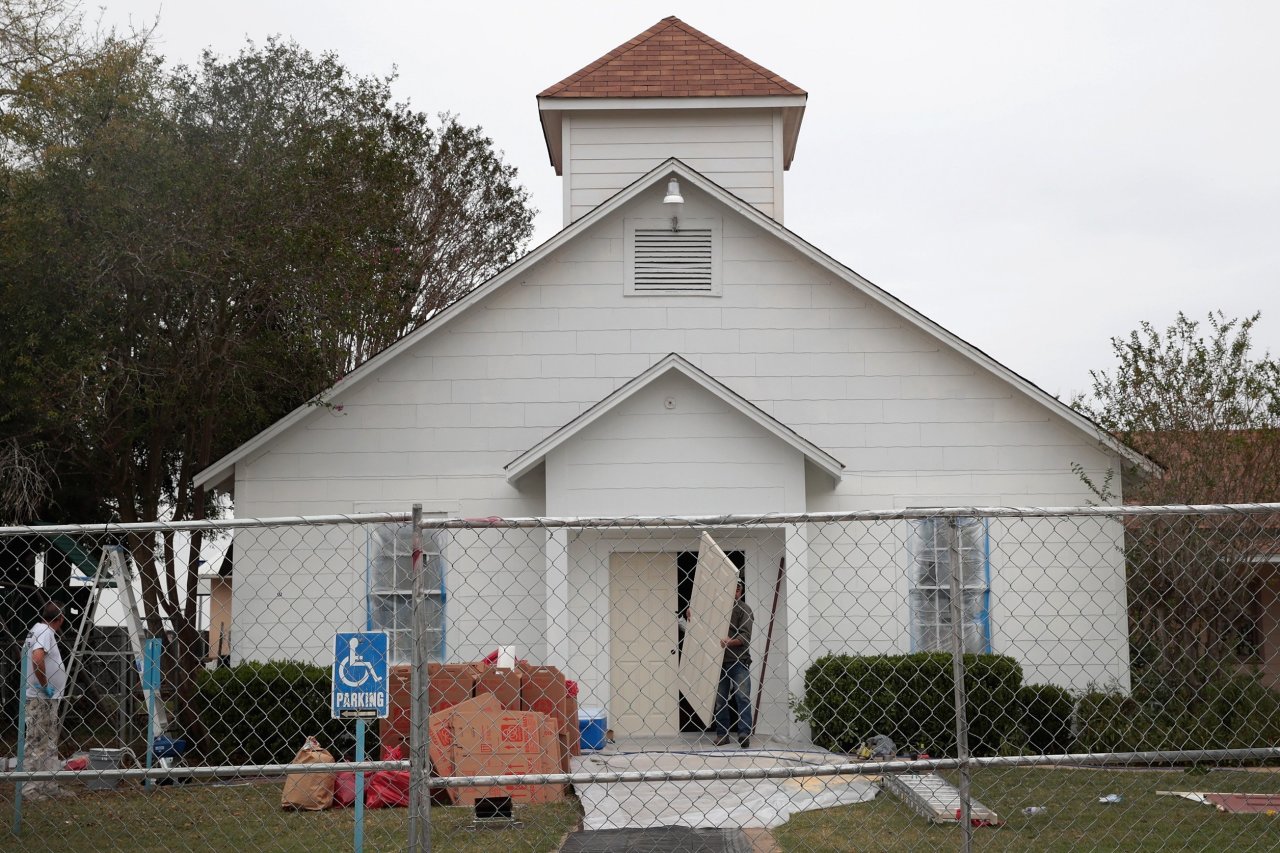 Workers on Thursday replaced the front door of the First Baptist Church of Sutherland Springs, Texas, where a gunman shot and killed 26 people and wounded 20 others on Nov. 5. PHOTO: SCOTT OLSON/GETTY IMAGES
By
Ian Lovett and
Erin Ailworth

As he does every Sunday, the Rt. Rev. Council Nedd II, an Anglican rector, will put on his collar and robes to offer Mass at his central Pennsylvania church. Now, he is considering wearing something else with his religious vestments: his handgun.

As a Pennsylvania state constable, Dr. Nedd can bring his gun just about everywhere—to the grocery store, to the park and to synagogues and other houses of worship, where he often acts as security. His church was the one place where he went unarmed.

“Weapons do not belong in church,” he said. But, as a bishop, he has “a responsibility to protect the flock,” he added.

One week after a shooting at a Texas churchleft 26 dead and 20 more wounded, congregations gathering for worship around the country Sunday are once again facing the question of security. Long the last frontier where many gun owners went unarmed, the faithful are now considering whether they should bring firearms to their houses of worship as well.

Many who live near Sutherland Springs, Texas, where last week’s shooting took place, said they didn’t bring their weapons into their houses of worship.

Tomie Barker, who attends Christ Lutheran Church of Elm Creek in Seguin, Texas, about 15 miles north of Sutherland Springs, said her husband didn’t have the firearm he is licensed to carry on him last Sunday when their church was locked down following the shooting at the nearby First Baptist Church. But, she said, he plans to have it with him this Sunday.

“Why would we take a gun to church? Church and school—we feel like we ought to be safe,” she said on Saturday, nearly a week after the shooting. “But he’s not leaving home without it now.”

Ms. Barker, 60, thinks other worshipers will feel the same, and said she told her pastor that the church should probably make note of who is armed in case another emergency arises.

“I’ve told everybody, I told my pastor: I’m not going to be a sitting duck or a fish in the barrel,” she said. “We know all about the whack-a-doodles and the copycats.”

Houses of worship are among the softest of soft targets, with inherent missions and traditions emphasizing peace and welcoming. Churches, synagogues, mosques and Sikh temples have struggled to balance their desire to provide an open sanctuary for the community with security. In recent years, many houses of worship have installed cameras and hired armed guards. 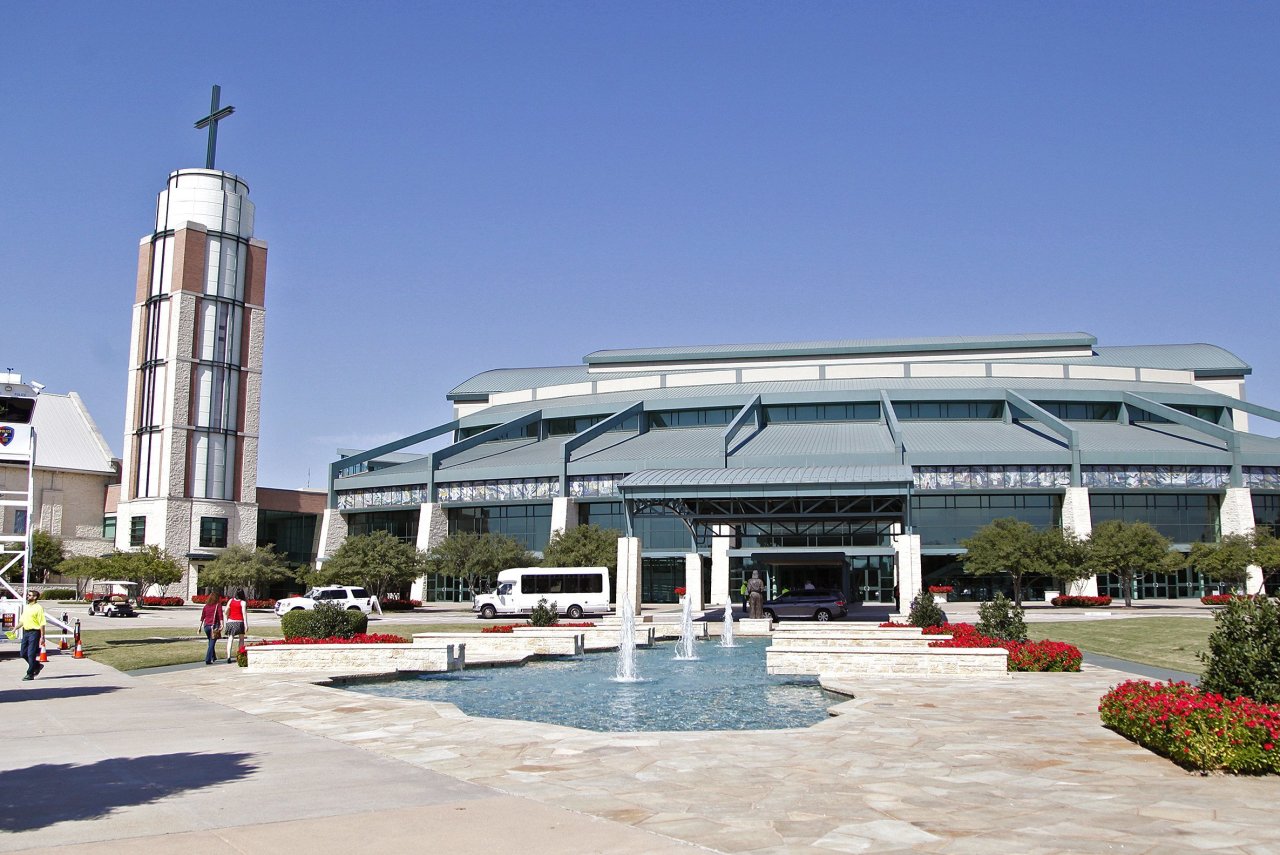 The Prestonwood Baptist Church in Plano, Texas, in response to the Sutherland Springs shooting, offered a free seminar on church security. Representatives from more than 300 churches signed up for the course within three days. PHOTO: STEWART F. HOUSE/GETTY IMAGES

Another shooting is “going to happen again, so we need people in churches, either professional security or at least arming some of the parishioners,” he said in an interview on Fox News.

Prestonwood Baptist Church, a megachurch in Plano, Texas, announced last week that it would be holding a free seminar on church security. Representatives from more than 300 churches, large and small, signed up within three days.

With roughly 12,000 attendees at its services every Sunday, Prestonwood has armed security guards. Jack Graham, the church’s pastor, said the church had resisted putting in metal detectors so that the church would continue to feel welcoming, and didn’t allow open carry of firearms for the same reason. He suspects some congregants with concealed-carry permits do bring their firearms.

“Frankly, it brings some comfort,” Dr. Graham said of the armed church members. “If there had been someone with a weapon in that little church, maybe that could have been prevented.”

But not every house of worship can afford private security. Smaller churches are now considering arming the congregation or clergy.

Tambria Read, a schoolteacher and chairwoman of the Sutherland Springs Historical Museum, owns a gun and supports people being able to carry them, but had always preferred to keep firearms out of religious spaces.

“I’m not too crazy about guns in church—somebody could take the gun and do something,” said Ms. Read, 59, who sometimes worshiped at the First Baptist Church but wasn’t there last week. “Maybe somebody in a church needs a gun, someone strategic, but not everybody in a pew.”

St. Alban’s Anglican Church in Pine Grove Mills, Pa., where Dr. Nedd is rector, has roughly 50 members, and no budget for private security.

Until several years ago, the church was open 24 hours a day, with no locks on the doors. After a deadly shooting at the Emanuel African Methodist Episcopal Church in Charleston, S.C., last year, the St. Alban’s congregation discussed security measures. When a newcomer showed up, everyone eyed him warily. Dr. Nedd considered bringing his gun, but decided against it.

Wendy Coulson, a 55-year-old member of St. Alban’s congregation, said she had never brought a gun to church before last year. 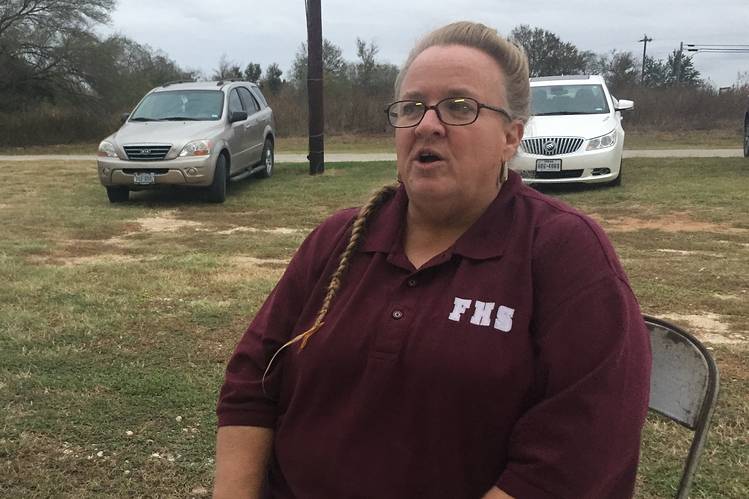 Tambria Read, a schoolteacher and gun owner in Sutherland Springs, said she had always preferred to keep firearms out of religious spaces, but ‘maybe somebody in a church needs a gun, someone strategic.’ PHOTO:TAWNELL D. HOBBS/THE WALL STREET JOURNAL

Then, one Sunday after the Charleston shooting, she was spiritually guided to bring her gun, she said. Ms. Coulson has a concealed carry permit, and didn’t tell anyone it was with her, she said. Though she hasn’t brought her gun since, having it that day made her feel better, she said.

“The reality of the times is that, if I’m in church, I can’t be completely abandoned to my worship, because I have half an ear listening for a strange sound—that’s the unfortunate part of what we’re dealing with today,” said Ms. Coulson, an engineering consultant. “If somebody were to target our church, I definitely would feel more comfortable that somebody else had an opportunity to slow them day,” she added.

Inez Howe, another parishioner, is from a house with “so many guns.” But her family, too, hasn’t brought them to church. She uses the guns largely for rattlesnakes, she said, adding that her husband, a devoted shooter and collector, doesn’t want to be in a position of using a gun to kill a person.

Still, Ms. Howe would be more comfortable now if someone—“maybe the bishop”—would be armed in church.

“I would never have even thought of a gun in church,” Ms. Howe, 74, said. “But if someone would walk in, I’d hope that we would be prepared.”

Dr. Nedd, the church’s rector, remained torn about whether to arm himself.

“I don’t feel right carrying it on my person when I’m saying mass,” he said. “I’ll probably spend a bunch of time praying about it, and then make a decision when I walk out the door on Sunday morning.”

A Pennsylvania constable is standing in strong support of the tough new immigration laws passed by the United States House of Representatives – and for a good reason.

Two important immigration bills have passed the House and currently await action in the U.S. Senate.

The bill, which enjoys the support of President Donald Trump, is named after Kate Steinle… For the full story, click here.

A Bench Warrant was issued on May 5th 2017 for Cassey Linn Pressler. This warrant was issued for failure to appear in Court, for allegedly endangering the welfare of a child. She is not to leave Centre County and we need your help to locate her.