The following individuals are wanted by the office of Pennsylvania State Constable Council Nedd.  All of these defendants are wanted because of multiple arrest warrants.  This website will be updated and additional notices will be posted in the future.  If you know the whereabouts of any of these individual, please contact my office immediately at (814)571-9375

My office has five warrants on this individual.  He is believed to be driving a blue four-door Honda with license plate HXS9593.  The registered owner of this car is Salah Hussain. He is still believed to be in the State College area.

My office has nine warrants on Cody Barnak. If you see Cody Baranak, do not approach or attempt to apprehend him.  He should be treated as a dangerous individual.  His known addresses include  Port Matilda, PA, State College, PA and Penns Valley.  His know associates include  Kaitlynn Rearick.

He is wanted by Pennsylvania State Constable Council Nedd’s office on multiple traffic warrants for failing to make payments on multiple charges by which he was found guilty of in a Court of  law.  Mr. Brewer has ignored all of our notices to take care of these matters on his own, and has failed to resolve these matters to date.  KNOWN ADDRESSES: Milroy, PA; Granville, PA; Lewistown, PA; Mifflintown, PA; Hattiesburg, MS.  Known associates: Tadena Bressler

My office has four warrants from this individual.  He is beleived to still be driving a blue, Nissan Altima, PA license plate JFJ-2049 and as known addresses in State College, PA and Middletown, PA.

Ndugu Kamau is believed to be working in the petro chemical industry.  Recent addresses include, State College, PA, Cheyene, PA, Louisana and Montana.  He was scheduled to turn himself in and failed to appear.

My office has three warrants for Mr. and Mrs. Lee for various housing code violations.  The Lees are believed to currently be living on Katydid Court in Pensacola, FL.

My office has multiple warrants on this defendant.  She has known addresses in Phillipsburg, Bellefonte, Curwensville, Decatur and Clearfield, PA

On Thursday March 23, 2017, the office of Pennsylvania State Constable Council Nedd, participated in warrant sweep with the Ferguson Township Police Warrant Squad and the Paton Township Police Warrant Squad.  The warrant squads were seeking individuals with outstanding summary warrants.  A total of 43 warrants were served before Magisterial District Judge Ronald J. Horner.  Constable Nedd closed out 18 warrants on the day of the sweep.  The charges were for traffic and non-traffic violations.

These warrant sweeps are important. Once charges are brought against an individual, the must be resolved in court and the defendant held accountable.  Though serious criminal warrants take priority over summary offences, all of the involved agencies make it a priority to serve all warrants.

Those with active warrants are encouraged to report to the local police department or district court to resolve the warrant so they are not inconvenienced by being placed under arrest at home, work, or school. 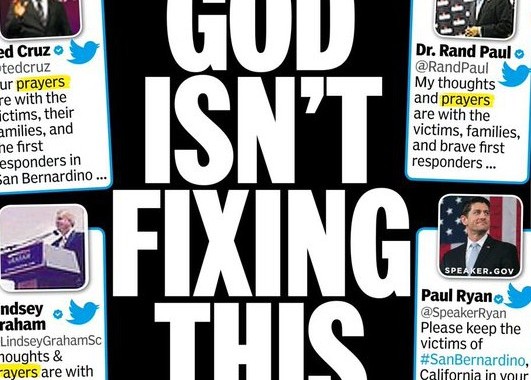 “I am also appalled by the left saying that the various calls for prayer by people of faith isn’t enough. All of those who said that prayer isn’t enough, I have one question for you, how much time have you spent in prayer asking for God to soften the hearts of the Islamic terrorist? How much time have you spent on your knees asking God to bring this to an end? You can’t complain that prayer isn’t working if you are not actually praying yourself”

“The Bible is clear that in Deuteronomy chapter 32, one person praying can put a thousand dark angels to flight; two people praying fervent prayers can put ten thousand to flight, so imagine the power of all the people of God praying to God for peace and for the welfare of this nation.”

“If you haven’t tried prayer, don’t knock it.” 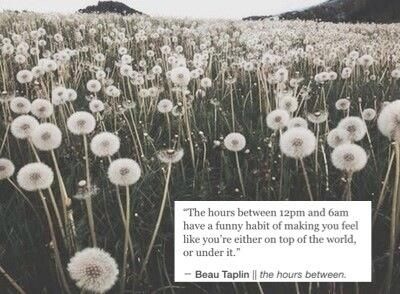 What’s a firewall? It’s an impenetrable barrier meant to stop an undesirable action.

In politics, consider the example of the 1988 United States presidential race.  After several embarrassing defeats in early primaries, then-Vice President George H.W. Bush’s campaign manager announced to staff and supporters that South Carolina and its influential primary would be the firewall for the Bush campaign.

With workers and volunteers focused and dug in, working harder than ever so their candidate would prevail, the firewall succeeded and Bush handily defeated his challengers.  The rest, as they say, is history.  Bush went on to win his party’s nomination and eventually became the 41st president of the United States.

Similarly, for human rights reasons, it is necessary to build a firewall to stop the international expansion of radical Islam.  Wholly different from peaceful followers of the Muslim faith, the adherents of radical Islam threaten the free expression of faith worldwide because they refuse to tolerate any religious views but their own.

The firewall should be on the African continent.

Most of the world now knows about the radical Islamist organization Boko Haram. It is responsible for kidnappings of young girls and the killing of thousands of innocents in the name of Allah. They recently kidnapped the wife of Cameroon’s vice prime minister! Likewise, the world watched with a mix of horror, amazement and fear as the ISIS army recently blitzkrieged through Iraq and Syria.  Entire towns were slaughtered in the quest to establish a new and unimpeded Sharia law-based caliphate.

By many estimates, Nigeria and Syria may be lost to radical Islam.  That doesn’t mean curtailing radical Islam is still not a cause worth fighting for elsewhere.  A firewall can still be erected, and is worth the effort.

It’s not a holy war, but a rational response to a humanitarian crisis.

Kenya should be that firewall.

A massacre at the Westgate shopping mall in Nairobi, Kenya in September of 2013 was perpetrated by an Islamist group equally as treacherous as Boko Haram or ISIS, the Somalia-based Al-Shabaab.  It frightens not only Kenyans, but Christians such as myself who track the spread of radical Islam as I minister my faith in countries with sizable Muslim populations.

Why should the Christian world care about the spread of radicalism into Kenya? What might happen if Kenya is overrun?

If militant Islam spreads into Kenya, nations throughout the rest of the continent are likely to be lost in relatively short succession. South Africa may hold out, but it would eventually succumb as well.

We are already witnessing something akin to the genocide of Christians around the world.  If things continue on their current pace and the entire African continent is lost to intolerant radicalism, we might find that even the America we know will become isolated and under a full assault within the span of a generation.

If we who purport to be Christians truly believe in the faith of our fathers, we should take a stand for our brothers in Christ and defend our historic and God-given faith. Throughout history, Christians have rallied when our faith was under fire.  This is such a time.

Again, this is not a call to holy war.  It’s not a modern-day crusade.  It’s the need for tolerant people to collectively say “no” to radicals who want to impose their will upon others by any and all means — including heinous acts of violence.

When Boko Haram launched Christmas Day attacks on churchgoers, when ISIS wiped out a 2,000-year-old Christian community and when Ethiopia, one of the most storied of Christian nations, is now 55 percent Muslim in part due to forced conversions, it’s time to act.  When a British soldier can be slaughtered in the streets of England by Islamists trying to make a name for themselves, it’s time for Christians to say “stop right there!”

Africa, and Kenya in particular, must be the firewall that prevents radical Islamist expansion.