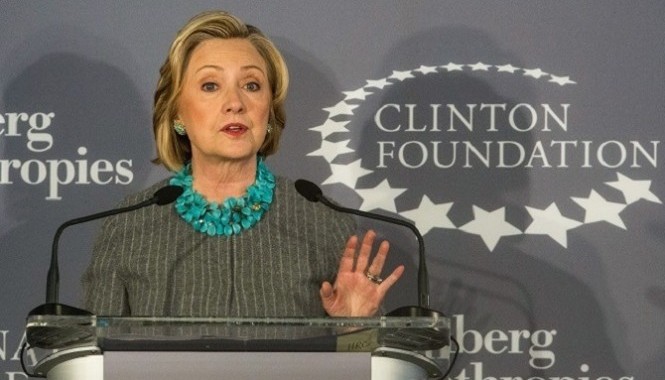 by David A. Ridenour

The Clinton Foundation just announced that it will revise its tax returns for 2010, 2011, and 2012 after revelations by the Reuters news organization that it neglected to report foreign government grants on its tax returns as required by law.

Charities are required to provide a breakout of their government grants, including from domestic and foreign sources, in Part VII, line 1e of IRS form 990.

In a statement on its website, the Clinton Foundation explained that it had apparently “mistakenly combined” its foreign government funding with other funding.

Having served in senior management of a non-profit with the same tax status as the Clinton Foundation for nearly 30 years, I can testify that it’s very hard to mess this up year after year.

Not only would the Clinton Foundation’s management need to get it wrong repeatedly, but its CPA would as well.

And even if the CPA messed up, the errors most certainly would have been caught during an annual audit.

Auditors don’t just take a charity’s word for the sources and amounts of grants, but contact the sources to verify the information supplied is correct.

So, I wondered which firms could have served the Clinton Foundation so poorly from 2010-2012.

It turns out that it wasn’t two firms, but a single firm: the Little Rock, Arkansas branch of BKD, LLP.

That the Clinton Foundation chose to use a single firm for both CPA services and its independent audit for multiple years is significant as it violates charitable best practices.

Ever since the Sarbanes-Oxley Act (formally, the Public Company Accounting Reform and Investor Protection Act) was adopted in 2002, the splitting of general accounting and auditing services has become standard practice, not just for publicly-held corporations but charities, too.

The splitting of accounting and auditing services was a direct result of the Enron scandal.

And now, it appears that the Clinton Foundation may be the charitable equivalent of Enron.

The accounting firm Arthur Andersen helped Enron cook its books because by doing so it could also keep much more lucrative contracts with the company.

During the early 1990s, Arthur Andersen learned that it could considerably boost its profits if its auditors approved what the Wall Street Journal called, in a 2002 article, “aggressive accounting tactics” by some of its clients.

One of its first big financial successes from using these tactics was when it helped Boston Chicken hide franchise losses in advance of an IPO.

In the auditor’s performance review, he was praised for turning “a $50,000 audit fee into a $3 million full-service engagement.”

It is troubling, too, that like Arthur Andersen, BKD’s professional conduct has been questioned by government regulators.

The Little Rock Arkansas branch of BKD, the very branch the Clinton Foundation used for its audit and other accounting services, is currently being sued by the Federal Deposit Insurance Corporation (FDIC) for $17.5 million in connection with the failure of the First Southern Bank of Batesville.

Between December 2008 and September 2010, First Southern Bank purchased $23 million in fraudulent district improvement bonds from Little Rock attorney Kevin Lewis. BKD was the bank’s accounting firm at the time and the FDIC says the firm failed to do its job.

Lewis was sentenced to 10 years in prison in 2011 and BKD’s association with the case certainly became widely known at that time.

Yet, the Clinton Foundation did not make its curiously-timed switch to the firm Price Waterhouse Coopers until 2013.

If the IRS can free itself for a moment from its witch hunt of conservative non-profits, it might want to examine the books of the Clinton Foundation.

With so much smoke, there’s likely to be one heck of a fire.