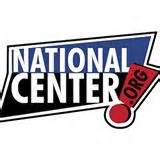 Shareholder Activist Asks Exelon CEO How He Can Support Federal Regulations that Will Kill 500,000 Manufacturing Jobs, Half of All Jobs in the Coal Industry and Raise Energy Prices on American Families

Chicago, IL / Washington, DC – Challenged over its support of proposed Obama Administration regulations that could cause the price of power to skyrocket and put hundreds of thousands of Americans out of work, the president and CEO of the energy giant Exelon reiterated the company’s support for this flawed regulatory policy when challenged by a free-market shareholder activist with the National Center for Public Policy Research.

National Center for Public Policy Research Executive Director David W. Almasi questioned Exelon President and CEO on proposed EPA regulations designed to reduce carbon emissions to 30 percent below 2005 levels by 2030. This policy is expected to have a devastating economic effects. According to a study by the Heritage Foundation, the imposition of this regulatory control on emissions could reduce the personal income of all Americans by $7,000 each and destroy 500,000 manufacturing jobs and 45 percent of all coal-mining jobs. The regulations also will raise the price of electricity for U.S. consumers and is expected to cause electricity shortages in some areas.
“While it’s not surprising that Exelon’s CEO didn’t offer an immediate mea culpa for the company’s potentially hurtful policy position, to dig the company further into a risky regulatory scheme that will only destroy jobs and drive up energy costs for the poorest of Americans was a shock,” said David W. Almasi, executive director of the National Center. Almasi was representing the organization’s Free Enterprise Project at Exelon’s annual meeting of shareholders today in Chicago.

Exelon has a majority of its power-generating capacity in nuclear power, while most of its fossil fuel capacity comes from natural gas. It also uses alternative energy sources such as wind and solar. As such, the Obama Administration’s policy, while harmful to the United States and the American people, is expected to be lucrative for Exelon.
Almasi said to Crane:

Even President Obama’s Harvard Law School professor and one-time legal advisor, Laurence Tribe, whose political views are known to align very much with those of President Obama, has written that, in executing its plan, the EPA “is asserting executive power far beyond its lawful authority.”
Is Exelon in the habit of supporting laws that potentially violate the rule of law and contravene the U.S. Constitution?

Furthermore, the EPA’s attack on coal risks the future of America’s largest energy source, raising the possibility that, during the next cold winter, Americans in some regions will simply have to do without reliable access to electricity. This sort of thing happened in Great Britain not long ago, causing some elderly Britons to freeze to death…

Now I know Exelon doesn’t have a large coal portfolio, but why does Exelon support an almost-certainly unconstitutional power grab by the executive branch that would kill hundreds of thousands of jobs in manufacturing, nearly half of all jobs in the coal industry, harm America’s national wealth significantly, and raise energy prices, which would disproportionately harm the poor, who are disproportionately black or Hispanic?

In response, Crane chose to “respectfully disagree” with the National Center’s concerns while claiming the company wanted an “all of the above” energy policy. He also stated “society deserves a clean energy stack that minimizes the impact on society,” and used the assertion to justify effectively setting the bar higher for the coal industry – forcing it to adopt new technologies that may be too costly for some companies and in any case would raise consumer costs. Crane declared:

So our position is don’t pick winners and losers, set the standards that are best for society and allow the free market to operate as it’s designed.

“Generations from now, we will likely still be feeling the repercussions of the politically-driven decisions made by corporate leaders today who are either unwilling to stand up to the Obama Administration or see a chance to artificially get a competitive edge. It’s happening in health care, energy and elsewhere,” said Almasi. “What makes this bad situation worse is that the leadership of an energy company such as Exelon should understand and be able to articulate the clear and present danger not just to their own existence but to the livelihoods of their industry, coworkers and customers.”

Almasi added: “In the case of Exelon, they say they don’t want to pick winners and losers and want the free market to prevail, but they seem to want the process to begin only after regulations skew the playing field. Exelon has a significant investment in nuclear power, and it was clear at the meeting they are worried about regulation and public opinion that may affect this investment in this controversial means of energy production. So it appears Exelon is more concerned about whose ox is being gored and that it never be theirs.”

“In a perfect world, corporate CEOs would defend the free market and believe in a level playing field for all companies,” added Almasi. “And corporate CEOs would not lobby for nor support government regulations that artificially give one company an edge over other companies. But as Exelon CEO Christopher Crane demonstrated when he spoke to me this morning, we don’t live in a perfect world. Big Business is perfectly happy to be regulated by Big Government if the result is more money for Big Business, even if the American people and other businesses unfairly suffer.”

Under the EPA’s proposed policy, states are expected to create plans to enact their own regulations in compliance with the federal mandate by June 30, 2016 or risk having a regulatory agenda imposed on them through the EPA.

Today’s appearance at Exelon’s annual meeting of shareholders meeting marks the 13th shareholder meeting for the National Center in 2015.

The National Center for Public Policy Research, founded in 1982, is a non-partisan, free-market, independent conservative think-tank. Ninety-four percent of its support comes from individuals, less than four percent from foundations, and less than two percent from corporations. It receives over 350,000 individual contributions a year from over 96,000 active recent contributors. Sign up for free issue alerts here.